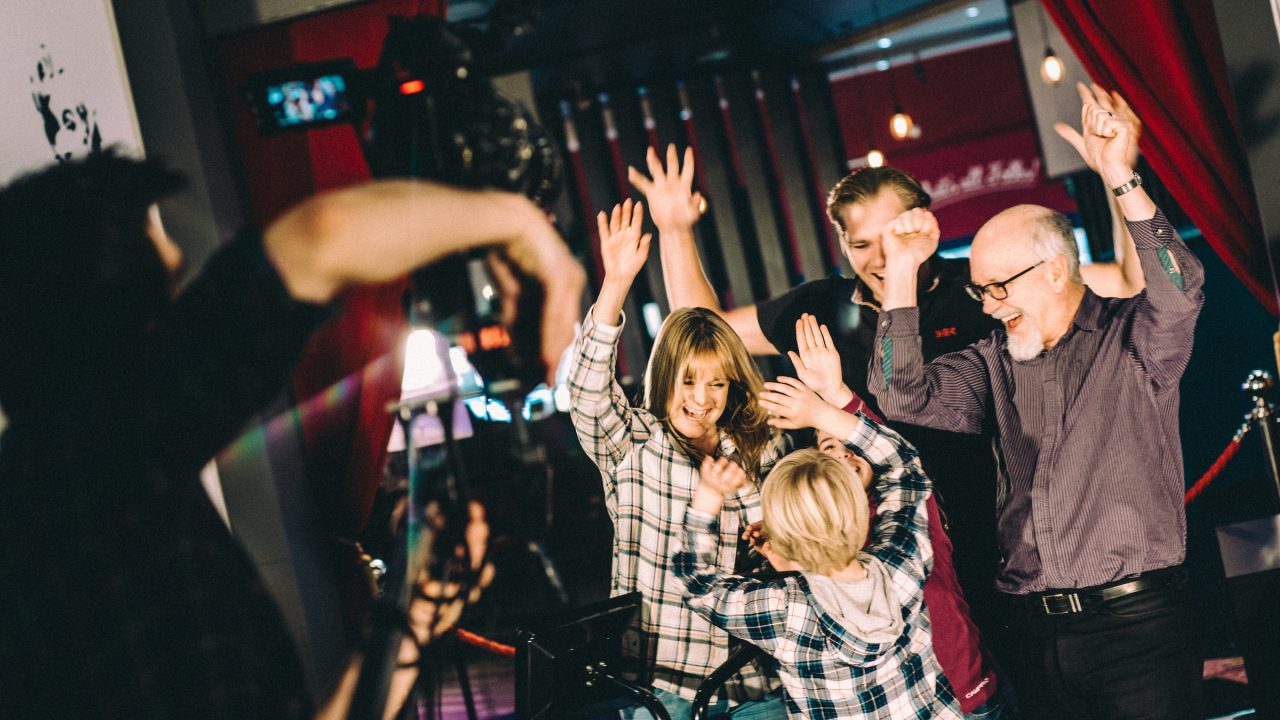 On 21st March 2016 our first TV commercial for Hollywood Bowl went live on Sky and ITV.

The process began back in January, when DreamingFish began working with the lovely people at Hollywood Bowl on their new Easter TV commercial. We came up with a few different approaches, but Hollywood Bowl settled on a boy, bowling with his family and watching tensely as they wait for the final pin to fall. This approach was agreed in early February and the script was signed off by ClearCast midway through the month.

The 30 second spot was filmed at the end of February and highlights from the shoot can be found here.

The advert was edited over the subsequent weeks and was completed ready for it’s launch on Sky AdSmart on 21st March, well in time for the Easter holidays.

You can see the new Hollywood Bowl TV ad here.

Thanks to Liz, Mat and everyone at Hollywood Bowl for trusting us with their TV commercial.

Here’s our top 5 things to think about when creating a TV commercial:

1. Who’s your audience? – make sure you know who your audience is and ensure that your messaging (visual and written) is aimed squarely at them.
2. Animation or live action? – both have their uses so think which approach works best for the product or messaging.
3. Budget – set your budget but don’t forget that you need budget for the production of the TV commercial as well as to buy the media space.
4. Don’t ignore the legals – ensure you leave enough time to get the TV commercial cleared by a company such as ClearCast so you don’t get into legal issues later.
5. It’s more than just a TV commercial – your ad is more than just 30 seconds on screen. Think about how your ad will work on different social media channels, and how an edited version would work if it had to be cut to 15 seconds for use on Instagram.

Thinking of creating a TV commercial for your product or service?